Home » Interview with James L Therrian, author of “Dance of the Heart”

author of Dance of the Heart

Today, Tyler R. Tichelaar of Reader Views is pleased to be joined by James Therrian, author of “Dance of the Heart.”

James Therrian was born in Michigan and spent most of his early years in the rainy Northwest before following the sun to Maui, Santa Fe, New Mexico and California. An avid writer, James has attended workshops with Lew Hunter from the famous 434 Screenwriting class at UCLA. James currently lives and writes in San Diego and works with the University of California, San Diego.

Tyler: Thank you, James, for joining me today. To start with, would you briefly tell us what your new novel, “Dance of the Heart” is about?

James: “Dance of the Heart” is a love story and a story about attractions. The main character, Michael, is a successful professional dancer who leads a calm and happy life, which suddenly changes after the death of his dance partner, Margo. His replacement, Elizabeth, is the complete opposite of Margo, who was an unpleasant and bitter woman. Michael is mesmerized by Elizabeth and falls head over heels in love with her the moment he sees her. The problem is that Michael is a gay man in a long-term relationship with his mistress, David.

Tyler: James, are you a dancer too?

James: No, I’m not a dancer, but I do enjoy ballet and performing arts.

Tyler: Where did you get the idea for “Dance of the Heart”?

James: It was an idea I came up with for a creative writing class I took years ago. I wanted to show that we are all the same when it comes to the heart; no matter who we are or who we love, we all have similar challenges and choices to make in life.

Tyler: Of course, the book is not just about dancing in its literal sense, but about love and how love can change. I am especially struck by the fact that the main character, Michael, is gay and has a lover, David, but then he starts to fall in love with his dance partner, Elizabeth. Do you think it is possible for a person to fall in love with people of both sexes?

Jaime: Yes, I do. Many of us have feelings for people who are inappropriate, whether it’s the same sex, someone who is married, or someone we know the people in our lives wouldn’t accept, so we usually keep our feelings hidden. In Michael’s case, the question is not whether he has feelings for Elizabeth, but whether he can change who he is for love.

Tyler: In the novel, Michael questions not only who he loves, but also his own identity and sexual preference. Do you think that Michael really is gay or that a person’s sexual preference can change over time?

James: For some people, sexual identity is a choice. For example, some people live their entire lives without being who they are because they are afraid to come out. Many live double lives, but that’s a whole different conversation. Michael is gay, but attractions can sometimes make us question what we want.

Tyler: One of the characters, Michael’s mom Sally, says, “You can’t choose who you fall in love with, but you can choose what to do with them.” Would it be fair to say that this is the subject of the book? Was the exploration of that statement the reason you wrote the book?

James: “Dance of the Heart” explores the theme that sometimes love holds surprises for all of us. What we do with them is the choice we have to make. I also wanted to show that when it comes to matters of the heart, we are all the same, no matter who we are or how we choose to define ourselves.

Tyler: How have readers so far responded to the novel and especially its themes of love and sexual identity?

James: I’ve gotten very positive feedback from the readers I’ve talked to. Michael is a gay man; however, “Dance of the Heart” is a story of love and attractions. One reader told me that she thought it would be a good book for her teenage daughter to read in school as part of her diversity studies. She was pleased to hear this because I wrote the story on purpose to appeal to all readers. It’s a fun and wholesome story and has reminders for everyone about the lessons we have to learn in life.

“Dance of the Heart” twists a familiar genre with the fact that the main character is gay, but thinks he may be in love with a woman. I think a lot of readers can relate to Michael’s plight as we all do dumb things when we fall in love.

Tyler: James, what can we expect next from your pen?

James: My next book, which I’m currently working on, is an instructional book on how to self-publish a book. I’ve also been working on a book about what Americans will need to do to prosper in the future and leave a deliverable planet for our children.

Tyler: More and more authors, myself included, self-publish these days, but self-publishing still carries a certain stigma. How would you respond to critics of desktop publishing?

James: In my opinion, it’s the family history of the old boys’ club. There are thousands of stories out there that deserve to be published; however, getting a publisher to pick up the book from him can be a challenge given the way traditional publishing works. It is not impossible to find a publisher; however, it can feel like the proverbial needle in a haystack for most authors. After comparing how traditional and self-publishing worked, I decided to self-publish as it allowed me more control of my work. Through my desktop publishing journey, I actually took the time to learn the skills of doing my own typesetting, design, and cover art. My next book will be much easier to publish as I now have the software, knowledge and skills to actually publish it. I have essentially become an editor as well as an author.

Being with a big publisher has definite advantages as they have marketing departments, connections and contacts in the industry, but I think the industry is changing with desktop publishing becoming more prevalent. It’s similar to the old Hollywood studio system and the advent of independent filmmakers and the effects it has had on the movie business. Desktop publishing is very similar to the independent film industry. There are many excellent self-published books and I think that in the future many authors will choose to self-publish.

Tyler: Do you think self-publishing will continue to be the trend and ultimately become market dominant over books from traditional publishers?

James: I’m amazed at how many people have come up to me saying they have a story they’ve always wanted to publish. I encourage you to do so, as it can happen if you have the commitment to see it through. Personally, it has been an extremely satisfying life achievement for me to release “Dance of the Heart” and the fact that it is being well received is even more rewarding.

I see self-publishing continuing to gain market share. The biggest challenge for self-published authors is, of course, promotion. This is the advantage of being with a traditional publisher. They have the resources to get the word out. Most authors are just writers and have no idea how to market their book. I recommend finding a professional to help spread the word, because you might have the best story ever written, but if people don’t know about it, they won’t get a chance to read your work. This is a good investment, as you might not only be able to sell a few books, but you might eventually find a traditional publisher that is interested in buying your book.

Tyler: You also mentioned that you’re writing a nonfiction book about how Americans can thrive and yet leave behind a deliverable planet. Could he tell us a bit about his past writing? Has she written fiction and non-fiction, and what does he think are the special difficulties or advantages of writing each type of prose?

James: I enjoy all kinds of writing and I’m not afraid to jump into a new genre. I have written both fiction and non-fiction pieces, as well as writing about travel while in Hawaii. My first audience was a group of co-workers at a bank I worked for years ago. Every day I filled in for the receptionist while she went to lunch. During that hour, I wrote parts of a suspenseful thriller, set on the Oregon coast. I shared my story with the other attendees on the floor who were eagerly awaiting my new chapters. Years later, I moved to Hawaii and sent a series of stories of my adventures to my friends on the mainland, which I called “Maui Memos.” Living in Hawaii is like living in a foreign country and I had fun sharing my observations of life on a tropical island. Memos from Maui was well received and I knew then that I was hooked; I had to do something with my writing. Both fiction and nonfiction have their own advantages and challenges, but I think nonfiction reviews are easy to write. Fiction requires more thought and imagination, but where you go is entirely up to you. Having said that, I think a good writer isn’t afraid to take on a new challenge. I also write poetry that I have also published.

I recently participated in a playwriting workshop, which was a great learning experience. Part of the workshop consisted of writing a 10-minute play to be directed and performed by professionals on stage. I took three chapters of “Dance of the Heart” and was able to see a part of my story acted out on stage. It was an insightful process and I grew as a writer from the experience.

Tyler: Thanks for joining me today, James. Before we go, can you tell our readers where they can get more information on “Dance of the Heart” and where they can buy copies?

James: “Dance of the Heart” can be purchased online by visiting http://www.danceoftheheart.net. It can also be ordered through any Borders bookstore at your local bookstore. Thanks, Tyler.

Flea Problems And Answers: How To Get Rid Of Fleas On Dogs And Cats 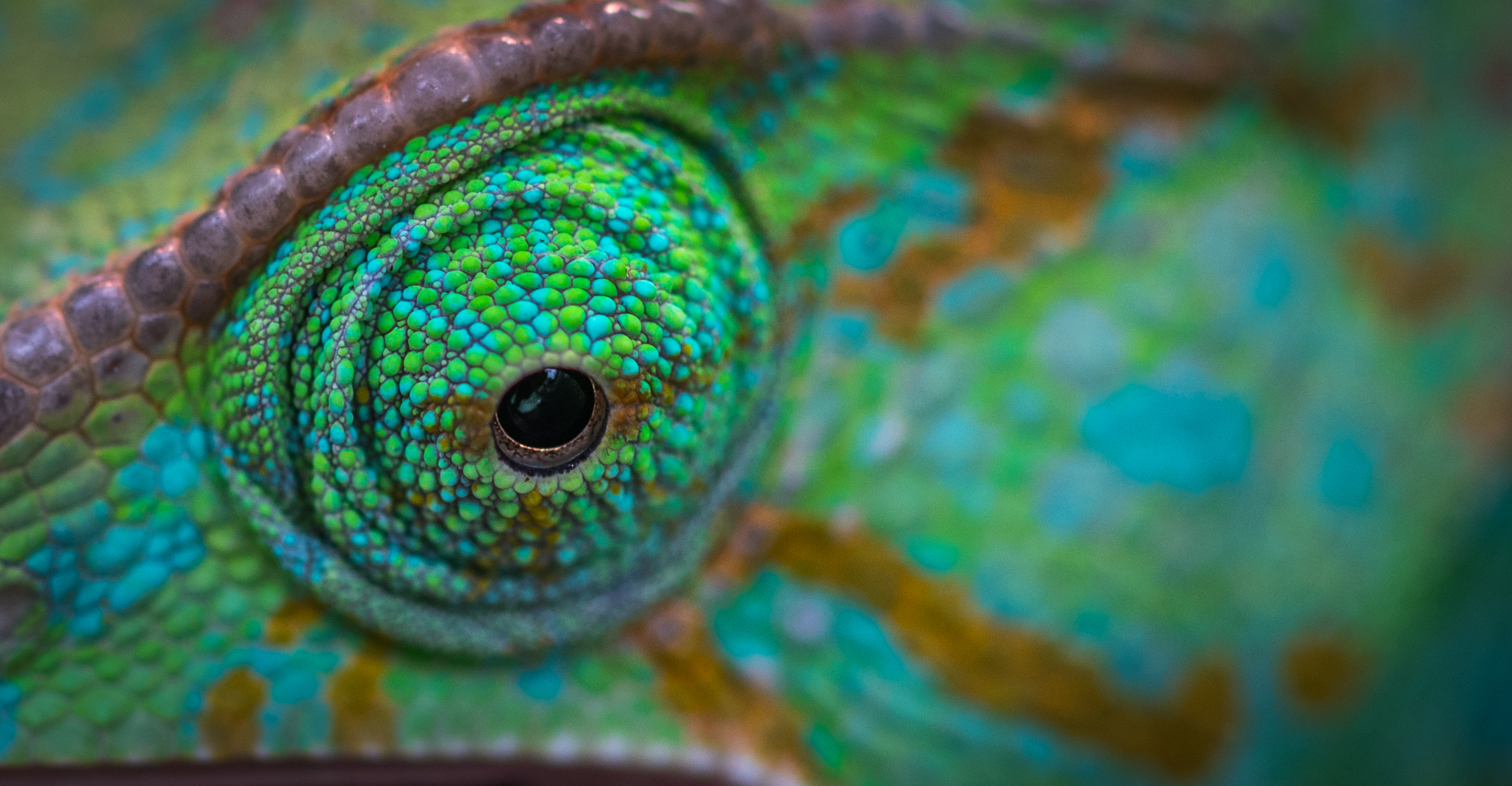 Choose the LSAT prep course that’s right for you